MANAGING AND LIVING WITH

What is a penicillin allergy?

Like other allergies, penicillin allergies are a reaction of the immune system to an unwanted trigger. In this case, the trigger is the antibiotic drug, penicillin.

Allergies to penicillin are usually diagnosed in childhood, and it’s now believed that they are over-reported within the community.  While about 10 percent of the population is labelled as being allergic to penicillin, most are found to be fine with the drug when they have an allergy test. It’s thought that childhood reactions to infection, which can come on quickly and mask symptoms of allergic reactions, are to thank for the high rate of misdiagnosis.

Sometimes, severe allergic reactions to penicillin can result in anaphylaxis, which can be life-threatening and always requires an urgent response.

Penicillins are widely-used and effective antibiotics which are important in treating bacterial infections and the high rate of misdiagnosis of penicillin allergy can mean people are unnecessarily prescribed less-appropriate antibiotic medications instead. Given the importance of penicillin in fighting infections, it’s important that suspected penicillin allergies are investigated closely by an allergist/immunologist.

If you suspect you have a penicillin allergy, or have been diagnosed with one in the past but have not had allergy testing to confirm it, it’s worth making an appointment to see an allergist to get a formal diagnosis.

Wheezy breathing or an inability to catch your breath 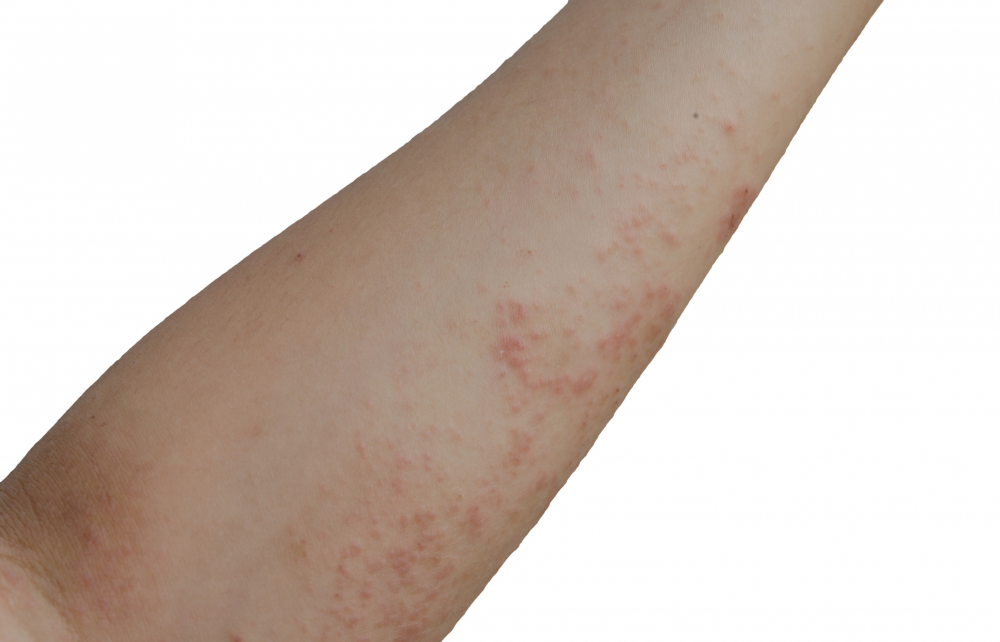 How is a penicillin allergy diagnosed?

Penicillin allergies are generally diagnosed in childhood, often when a child has a rash or reaction after being prescribed antibiotics for a bacterial infection.

As infections themselves can cause similar symptoms (for example, viral rashes), penicillin allergies are often misdiagnosed.

If you suspect you or your child is allergic to penicillin, you should book an appointment with your GP. They will generally conduct an allergy test, or refer you to a specialist. Usually, a skin prick test is enough to determine whether a penicillin allergy is genuinely present. This test will involve pricking the skin with two different penicillins. Then, the penicillins will be placed just under the skin’s surface. If these tests show negative, an oral dose of penicillin may be administered. You’ll then be monitored closely to see if a reaction takes place.

If none of these tests show a positive result, a penicillin allergy can be ruled out.

How do you treat a penicillin allergy?

If you or your child does have a penicillin allergy, the best course of action is to avoid penicillin completely and use other antibiotic medications when required.

If you are exposed, minor reactions (hives, swelling and itchiness) can be treated with an antihistamine, although will sometimes need a treatment of corticosteroid.

It’s important that a clear and accurate diagnosis is made in the case of a penicillin allergy.

Other conditions resulting from penicillin allergy

This allergy-like condition can cause similar symptoms including a rash, itchiness, fever and joint pain.

This is a reduction in red blood cells and can cause irregular heartbeats, fatigue and shortness of breath.

This is an inflammation in the kidneys and can cause fever, blood in the urine, general swelling and confusion.

This is a drug-induced hypersensitivity reaction which can cause a rash, swollen lymph nodes and a high white blood cell count.